Let’s Not Demonise Talaq Beyond A Point 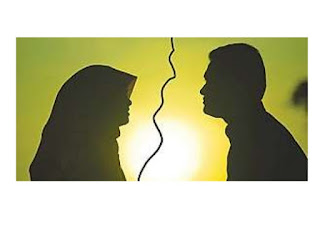 I’m all for banning Triple Talaq. Don’t let the post headline mislead you. No, I am not for a moment saying that Triple Talaq shouldn’t be banned. Far from it. The Triple Talaq practised in India is not Quranic law, just an extreme interpretation of it.

However, let’s for a moment look at how different Islam’s approach to marriage and divorce is from other religions.

Amongst orthodox Jews, the wife may initiate the divorce, the rabbinical courts may order the husband to grant the divorce, but the husband has to actually issue a document called ‘get’, before the divorce can take effect. Since the husband may choose to not issue a ‘get’ even when ordered to do so, a woman may be denied a divorce even if the courts have ruled in her favour.

For traditional Christians, marriage is a sacrament, not a contract and divorce is an abomination. The protestant reformation legalized divorce, but getting a divorce did not become easy.

In England and Wales, the Matrimonial Clauses Act of 1857 moved divorces away from the canon law of the Church of England. This Act rendered Christian marriages contractual and allowed legal separation by either husband or wife on grounds of adultery, cruelty, or desertion. However, men and women were not treated alike by the new law. The Act explicitly made divorce easier for men than for women: a husband could petition for divorce on the sole grounds that his wife had committed adultery, whereas a wife could only hope for a divorce based on adultery combined with other offenses such as incest, cruelty, bigamy, desertion, etc., or based on cruelty alone. The Crown expanded this new law to its colonies such as Canada and India. India got the Indian Divorce Act of 1869, which was on the same lines as the English law.

In 2001, the Indian Divorce Act was amended and adultery, desertion and cruelty were made independent grounds for divorce. Divorce by mutual consent was also introduced.

For Hindus, Buddhists, Sikhs and Jains, divorce is governed by the Hindu Marriage Act, 1955. A couple may divorce by mutual consent or a spouse may sue for divorce citing cruelty or adultery or a number of other grounds. In other words, a contested divorce. An unilateral divorce isn’t provided for.

In my view, marriage should be treated strictly as a contract and it should be possible for one party to walk away at any point. There needn’t be mutual consent or the need to prove to a court that the other party is at fault.

Currently, the only religion which permits an unilateral divorce – one spouse getting a divorce without having to prove that the other spouse is at fault – is Islam, but only for men. In Islam, a woman may initial divorce, through a process known as Khul, but the husband needs to agree.

I think the Islamic Talaq is the most sensible form of divorce and should be rolled out to all religions, genders. One party declares a divorce, there’s a reasonable cooling period during which there could be a change of heart, after which the divorce becomes irrevocable.

I look forward to the day when India has a Uniform Civil Code, which applies to all Indians, irrespective of religion. And hopefully such Code will also provide for painless, unilateral divorce on the lines of the Islamic Talaq.

Posted by Winnowed at 06:46 No comments: